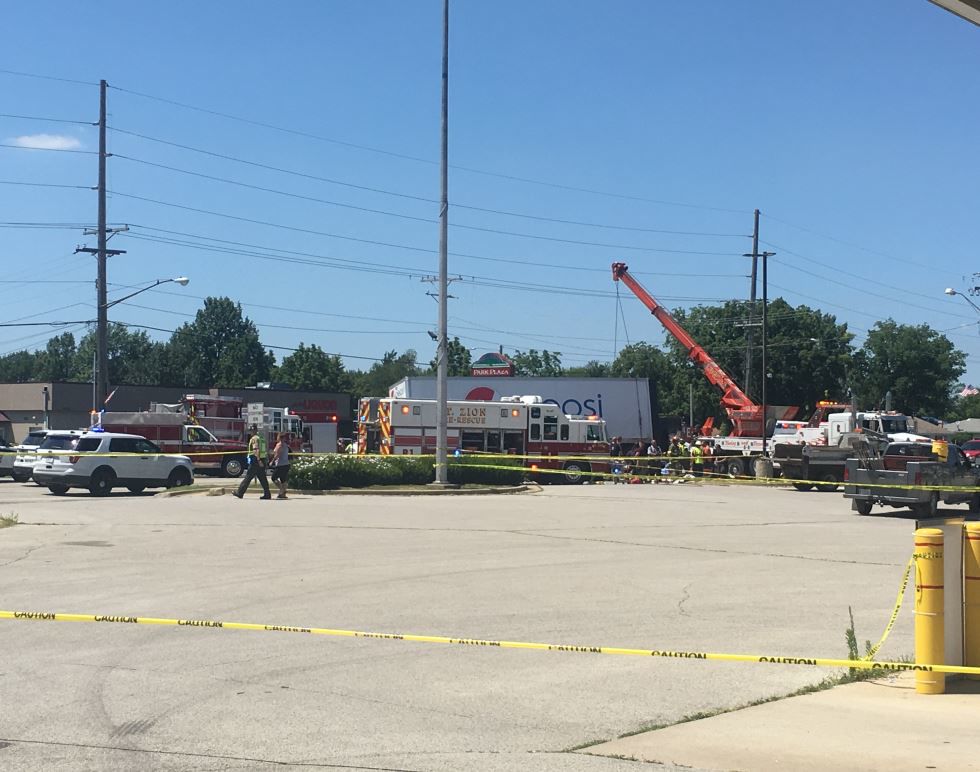 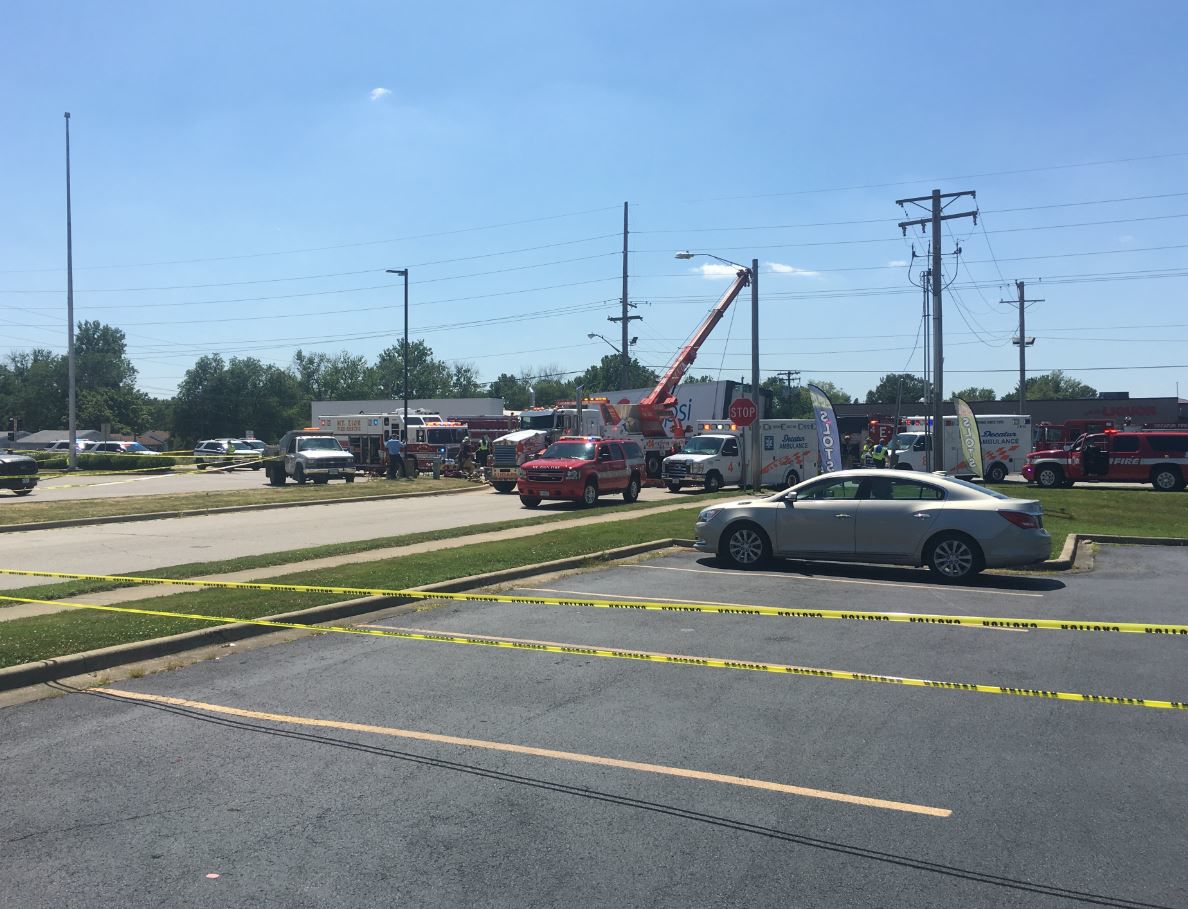 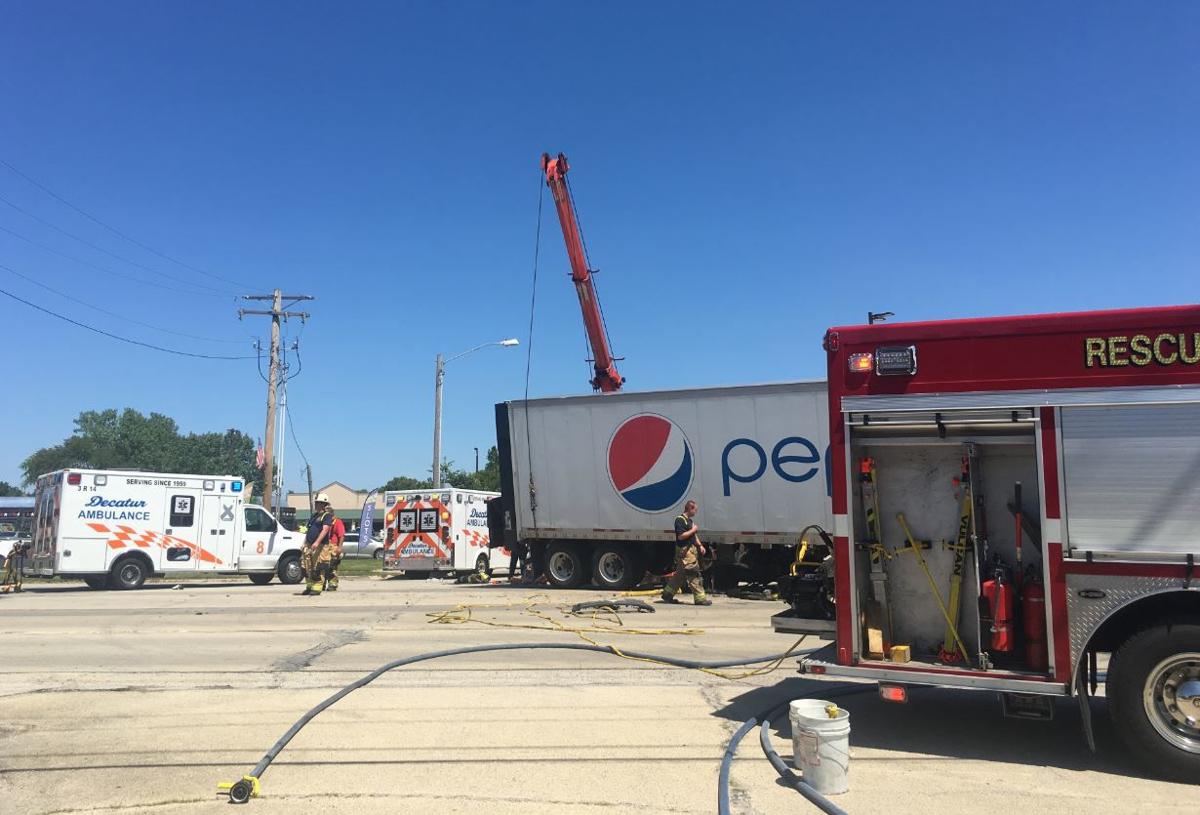 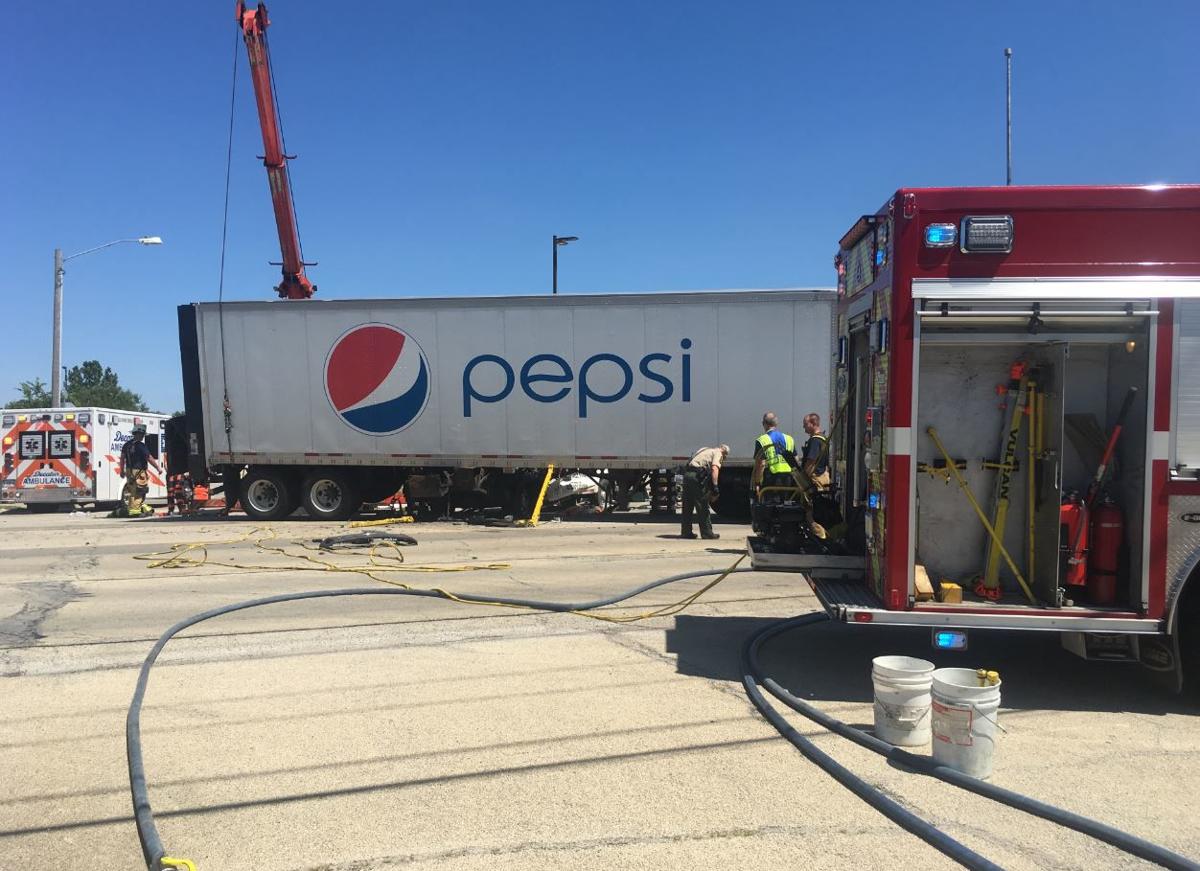 The Macon County Coroner identified the man killed in the crash as 32-year old Lawrence Taylor.

A press release said responders extricated Taylor from a Ford truck involved in a two-vehicle crash. He died at the scene. Coroner Michael Day says he suffered "massive head and internal chest/abdominal trauma".

A young child in the truck was airlifted to a trauma center outside of Macon County.

State police said a truck tractor semi-trailer and the truck crashed on Route 121 at 1:25 p.m. Friday.

Troopers said 19-year-old Zachary Jenkins, who was driving the truck tractor, failed to yield at a stop sign in the Spitler Park Plaza area and pulled out in front of the Ford truck while turning south onto 121. They said the Ford driver, who was northbound on 121 at the time, hit the side of the truck tractor.

A juvenile female victim from Mt. Zion has life-threatening injuries and was transported to a hospital. Jenkins went to a hospital for evaluation.

Troopers said they cited Jenkins for failure to yield.

The Macon County Sheriff's Office told the station it is assisting Mt. Zion responders at the crash site.

This developing story will be updated as more is released.