DECATUR, Ill. (WAND) - The Decatur Police Department confirms they are investigating a complaint alleging sexual assault, but say many rumors circulating on social media are false.

Police say on May 20th, the department received a complaint from an individual alleging sexual assault that had occurred over 10 years ago by a subject known to them. Police say they assigned the case to a detective and an investigation into the allegations immediately commenced. The FBI confirmed with WAND News they are not a part of the investigation and the police department says no other law enforcement agency, state or federal are involved in this case.

Police confirm they have executed multiple search warrants at different locations seeking evidence. No arrests have been made.

Police say no other individuals have been named or identified as being involved in this allegation or other criminal misconduct.

"This case is complex and involves significant man-hours to ensure a thorough investigation. It is unknown how long this investigation will take to complete," said Deputy Chief Shane Brandel.

Police added rumors circulating social media regarding police finding children locked in a storage shed are false. Police also added that allegation of other citizens of the area being involved are false.

"These types of rumors are dangerous and can shatter lives and reputations, and potentially jeopardize the investigation... I encourage the public to allow this investigation to continue without such false and dangerous information being spread," added Brandel. 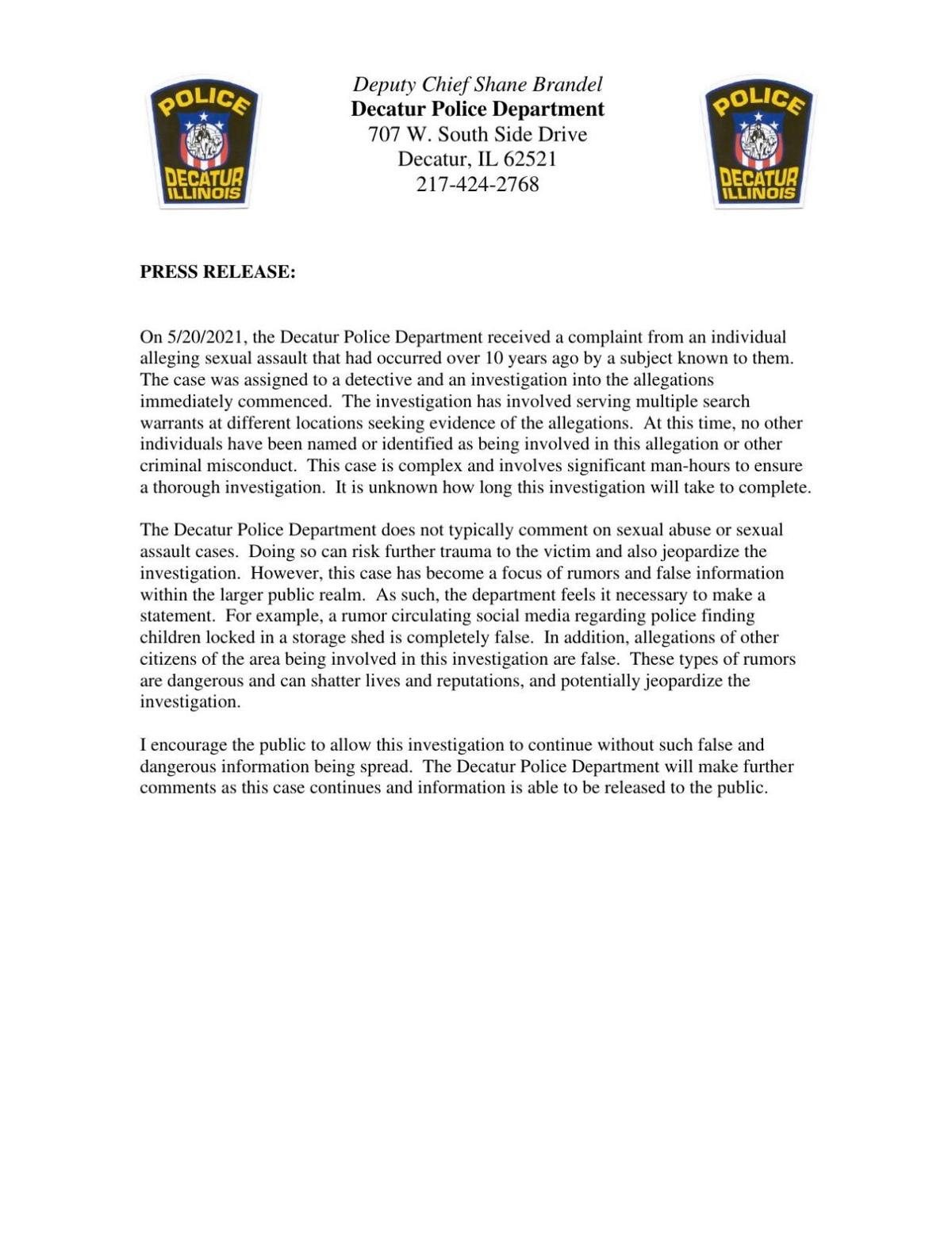 WAND News will continue to follow this developing story, as soon as details into the investigation are released or an arrest is made it will be reported.