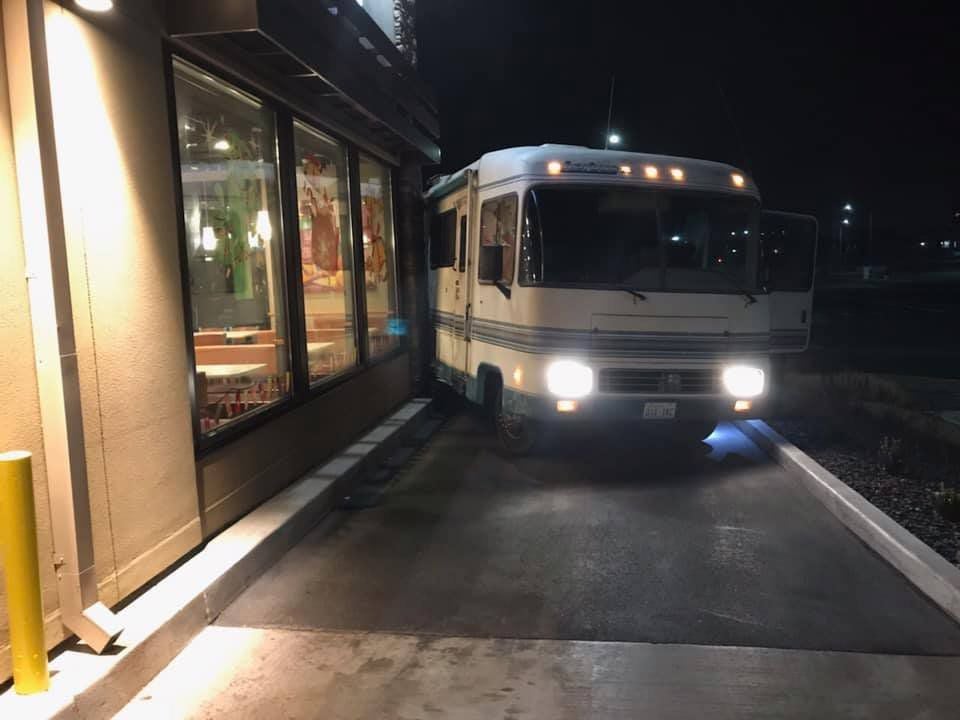 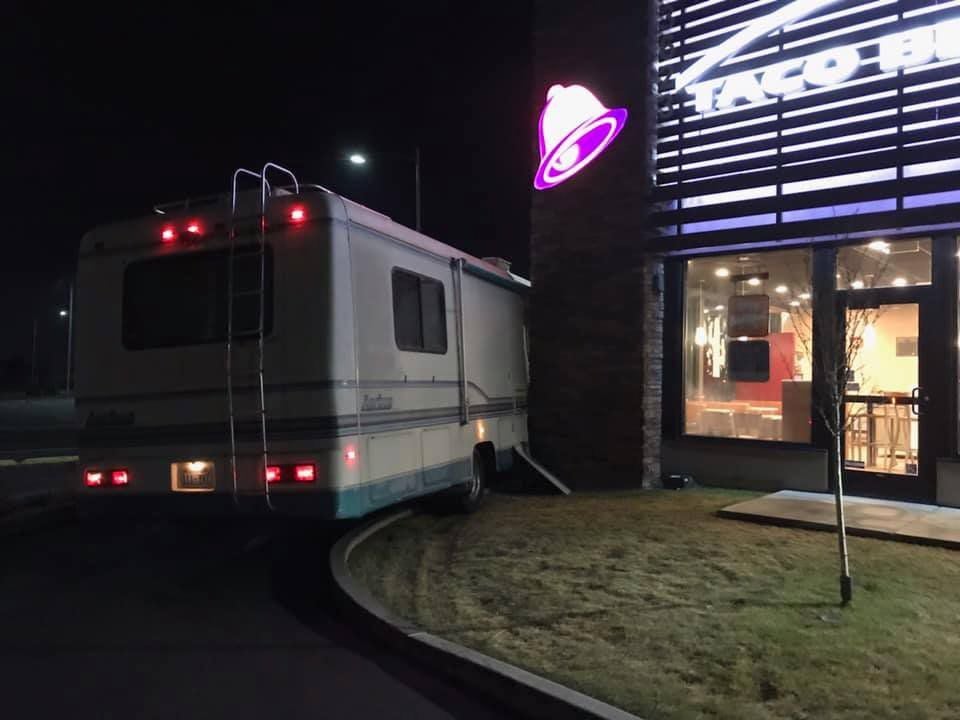 KENNEWICK, Wash. (KCPQ) - Police arrested a woman on suspicion of a DUI after she got her RV stuck in a Taco Bell drive-thru.

According to the Kennewick Police Department, the woman drove into the drive-thru the wrong way shortly after midnight.

Her RV could not make the turn as it got stuck at the corner of the building.

Officers suspected that the 56-year-old was drinking and driving. She was sent to Benton County Jail.