Skip to main content
You are the owner of this article.
Edit Article Add New Article
You have permission to edit this article.
Edit
Home
News
Weather
Sports
Watch Now
Connect
Contests
Community
Jobs
WAND Apps
Advertise With Us 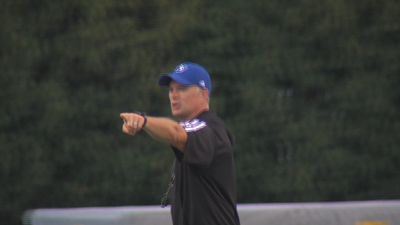 CHARLESTON, IL. (WAND-TV) -- After posting a 3-26 record in three seasons as the head coach of the Eastern Illinois University football program, Adam Cushing has decided to step away from the program to reportedly become the next offensive line coach as Duke.

Leaving the FCS for the FBS, Cushing will reunite with new Duke Offensive Coordinator Kevin Johns, who he worked with at Northwestern.

Cushing was the 25th head coach in EIU history. Athletic Director Tom Michael says the national search for a new head coach has begun, as the next recruiting period is set to open and spring practices are set to open in late March.

The 2022 season will begin for EIU on Sept. 3 at Northern Illinois.