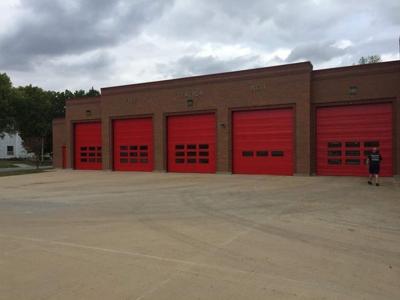 The optional cut would halt all emergency response from Fire Station #1 in 2021.

The proposal is one of 13 options for lowering expenses that the Decatur City Council will discuss at a study session on the economic impact of COVID-19.

According to Decatur Firefighters Local 505, in 2019, Fire Station #1 responded to over 20% of total calls. So far this year, the station has responded to a quarter of the calls. It comes at a time when statistics show an increase in the number of structure fires in the city. There have been 80 structure fires this year compared to 53 in 2019.

The union said the optional cut would also result in laying off 27 firefighters.

"The decision to close Station 1 would dramatically affect the safety of our citizens and inner city Decatur," the firefighters union posted on its Facebook page. "Decatur cannot afford to lose anymore firefighters, let alone our busiest station. Please contact the council and tell them you adamantly disagree with this plan."

Decatur City Council member David Horn has already voiced his displeasure with the proposal. "It is critical that response times to this area, and all areas of the city, are as low as possible," said Horn. "It is difficult to see how response times will not increase when stations that are on the periphery of Decatur respond to calls in the central part of the city."

The study session was set for 5:30 p.m. Monday in the Decatur Civic Center Theatre, but was canceled Sunday evening. Horn told WAND it may take place at the end of August.

You can see the entire study session agenda HERE.