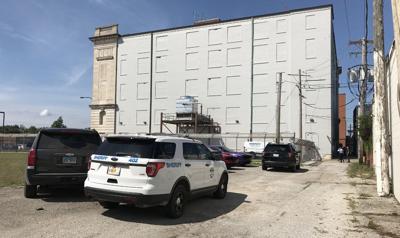 According to a release from the sheriff's department, a deputy was moving an inmate between holding cells around 10:06 a.m. After opening the door of the cell, an inmate attacked the deputy and stabbed him in the face multiple times.

The deputy then discharged his gun and struck the inmate. WAND-TV has learned that deputy, whose name has not been released, has been employed for 10 1/2 years.

I just spoke to a man who heard the incident at the Verm. Co. Courthouse go down. He said he initially thought it sounded like someone banging on a desk. @wandtvnews

The man was hear for court. He said he watched officers emerge from a small room with guns drawn telling him to get out of the way. He recalled that folks inside the courthouse were put on lockdown. @wandtvnews

Both were taken to an area hospital.

Three squad cars have been located at OSF HealthCare. Stay with @LClifNews and @TristanOnCamera as we continue to learn more. pic.twitter.com/NfkWw2detH

The News Gazette reports the deputy was taken out of the courthouse with paper towels on his head.

There is no word yet on their conditions.

Employees and patrons at the courthouse described hiding under desks, locking doors, and turning lights off as they heard someone had been shot, the News Gazette said.

At 12:45 Illinois State Police had arrived on scene. The sheriff's department said they are investigating at this time.

WAND News has crews are on the scene and will bring you updates on-air and online.