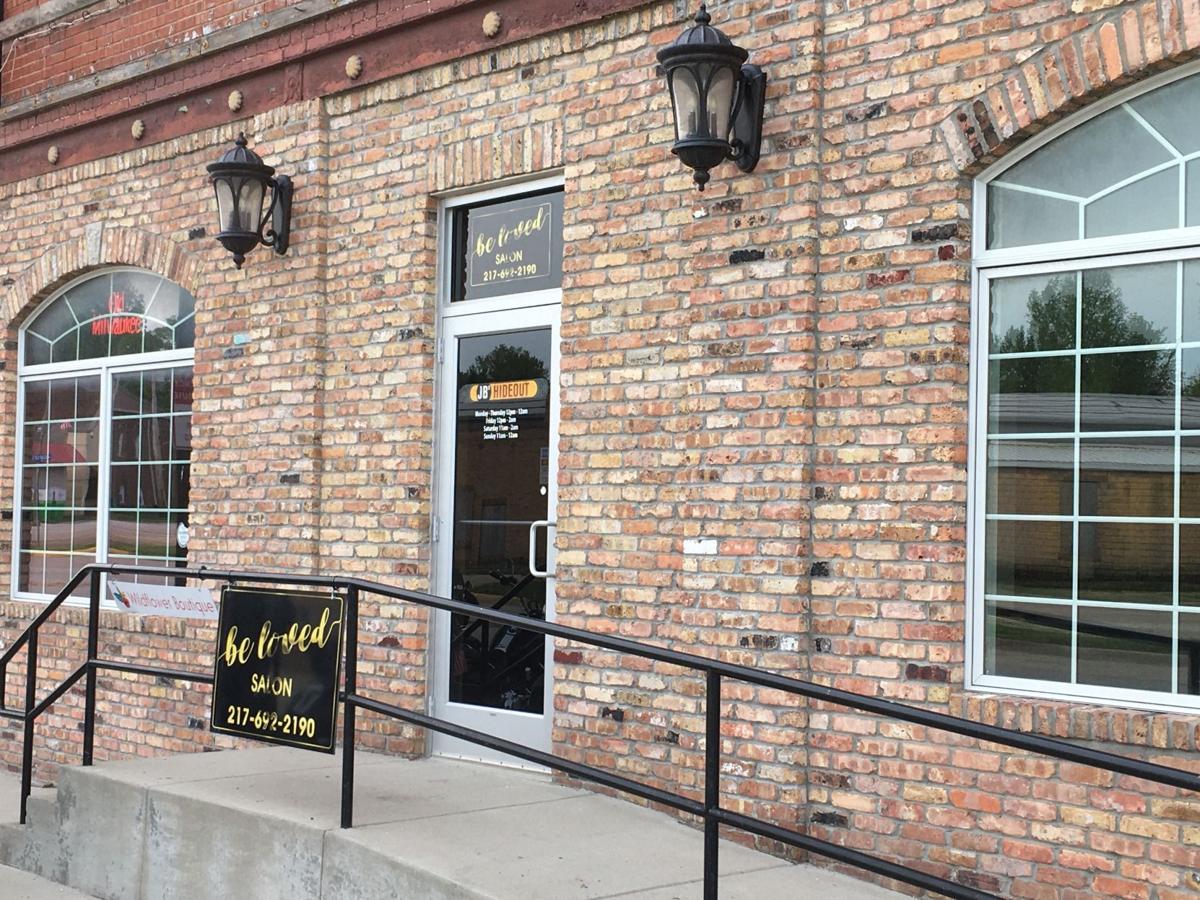 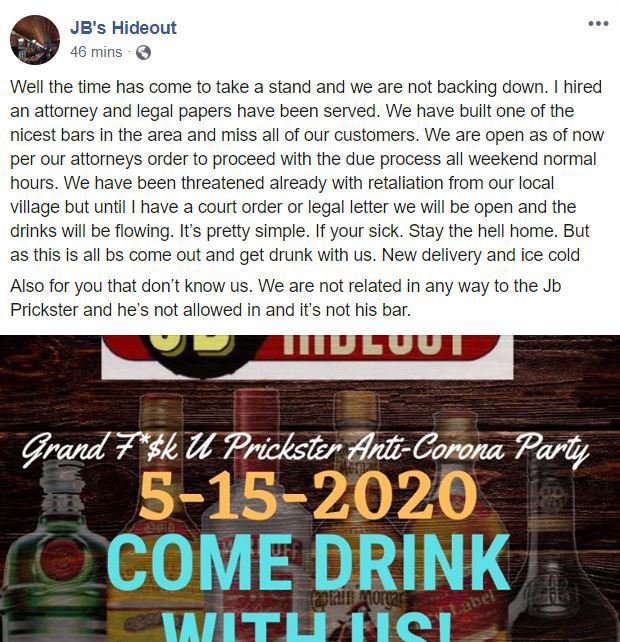 BLUE MOUND, Ill. (WAND) - Police and the Macon County Health Department were called to a Blue Mound bar after a social media post said they would be throwing a "anti-corona party."

JB's Hideout, located at 341 N. Railroad Avenue, posted to their Facebook page that they would defy the stay-at-home order laid out by Governor JB Pritzker.

The Facebook post read "well the time has come to take a stand and we are not backing down. I hired an attorney and legal papers have been served."

According to the bar, they are open per their attorney's order to proceed. The bar said they would be open their normal weekend hours.

The Macon County Health Department and Blue Mound Police Department served the business a cease and desist letter at 5:30 p.m. However, when WAND News arrived to the bar at 6:30  p.m. there were still several cars in the parking lot and several people were seen smoking and drinking at the back of the building.

Police said they could have their license revoked if they don't cooperate.

"We have been threatened already with retaliation from our local village but until I have a court order or legal letter we will be open and the drinks will be flowing. It’s pretty simple. If you're sick. Stay the (explicit) home," the bars post read.

The Macon County Health Department declined to comment on the cease and desist letter.

The bar also said Gov. Pritzker is not allowed in to the bar. 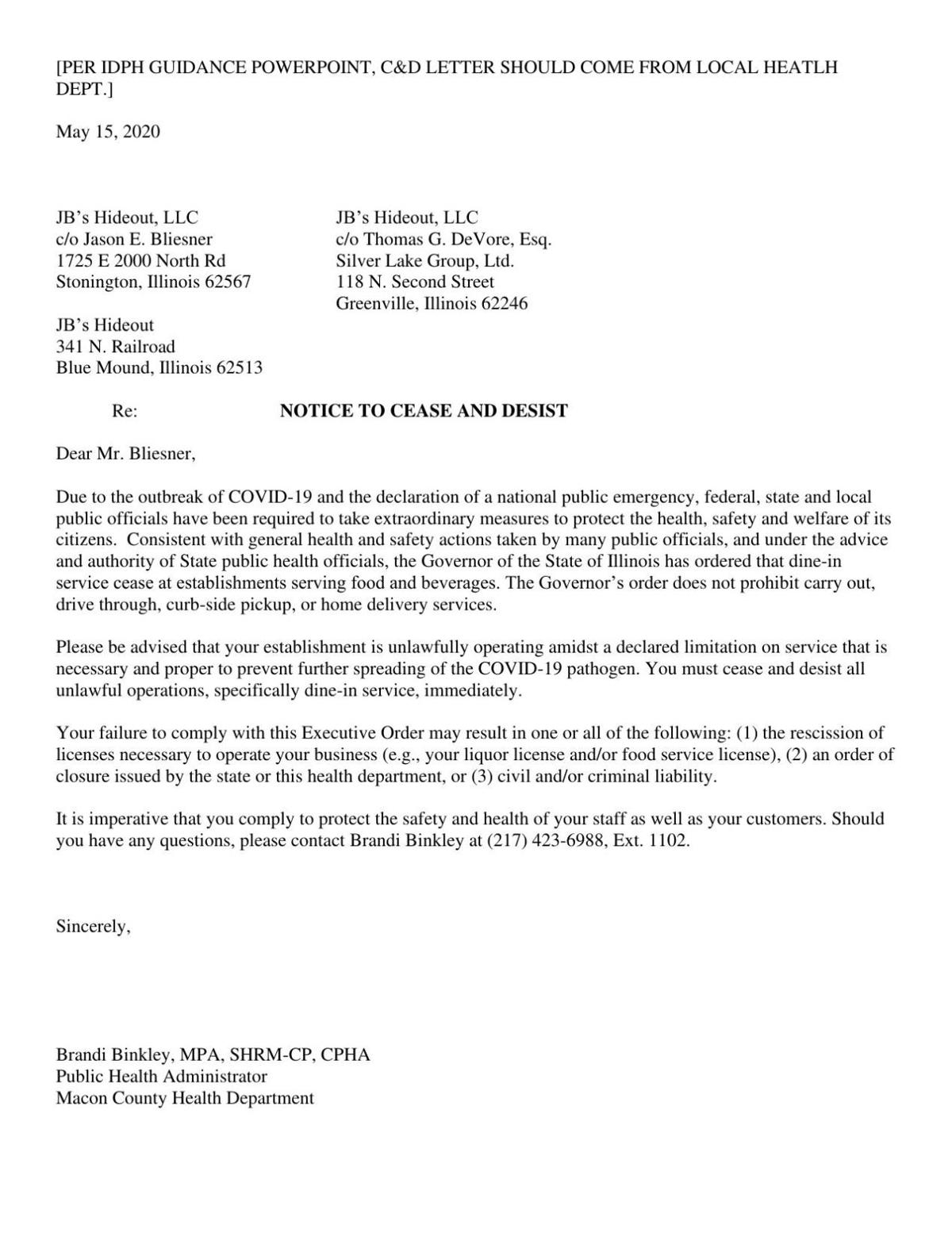