You are the owner of this article.
Edit Article Add New Article
You have permission to edit this article.
Edit
Home
News
Weather
Sports
Watch Now
Connect
Open for Business
Contests
Community
Jobs
WAND Apps
Advertise With Us 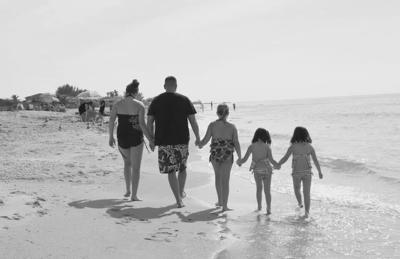 MONTICELLO, Ill. (WAND) – May 19 was a day in which time stood still for Amber Oberheim. The wife of a Champaign police officer lived out her nightmare.

"It unfolded right in front of me,” she said, sitting in front of a wall of awards and pictures of her late husband, Chris Oberheim. “The thing I probably feared the most."

More than a month after Officer Oberheim was killed in the line of duty, his family found purpose in his death and hopes their actions will keep his legacy alive.

"He had a sense of humor,” Amber said. “It was fun to just have those moments. Our favorite time with Chris was on vacation. Undoubtedly on vacation."

Officer Oberheim was shot and killed responding to a domestic violence call in the early morning hours of May 19.

In the dark of night, Amber got the knock on her door with news of her husband’s death.

"I had always told him my worst nightmare would be having an officer show up at my front door. Undoubtedly, hands down, the worst day of my life," she said.

"I had always told him my worst nightmare would be having an officer show up at my front door."

More than a month after the death of her husband, Amber is still processing the news.

A law enforcement officer of 20 years, the death of the father of four, husband, brother and son left a void for the family, who did not just know a man with a badge.

Outside the squad car, family was Oberheim’s life. The dedicated father of four girls spent hours on the softball field coaching his girls and their friends. The fallen hero played baseball in high school and his widow believes he was destined to be a girl dad.

"A lot of those girls he loved like his own,” she said as tears swelled in her eyes. “Loved like his own. He had a marriage of his baseball knowledge and being a girl dad and I think that he excelled in both of those areas."

Oberheim was more than a cop and coach. His family, friends, and fellow officers knew Officer Chris Oberheim as a man of faith who believed in giving back and touching lives and hearts.

The impact he made on the world was evident at his funeral, when hundreds of law enforcement officers stood tall in his honor.

Several of them, dressed in blue, were complete strangers, and came from Texas, New York, Arkansas, Oklahoma, Kansas,” Amber recounted as she remembered the day that she buried her husband. "I woke up on the morning of Chris' funeral and I told my girls that this day is going to be epic. I just had a feeling, and it was. As crazy as it sounds, one of my proudest moments and most powerful days of life was on the day of my husband's funeral."

Outside of the church where Officer Oberheim’s funeral was held was a sea of blue as the hundreds of officers saluted the fallen officers casket. It was a show of support the family of Oberheim still feels today.

"We know without a doubt that if we need something, they will be there for us. Inevitably. Undeniable. Eternally."

While nothing will bring back their police officer, Officer Oberheim’s family is moving forward without their rock.

As the time passes, Amber Oberheim has found purpose in the pain of her loss.

"In a world that seems stacked against you, choosing to be silent has more consequences than choosing to speak up,” Amber Oberheim said discussing her newfound mission. "I am done being quiet. I have a voice and I will use it. Law enforcements officers aren’t robots. They are not expendable.”

"In a world that seems stacked against you, choosing to be silent has more consequences than choosing to speak up."

To make her voice heard and keep Officer Oberheim’s legacy alive, she created the nonprofit Peacemaker Project 703. The goal is to “promote the nation’s positive regard for law enforcement and proactively support law enforcement and families through outreach, reform and education.”

"We are moving full steam ahead because I have a restless energy that I cannot squash,” Amber said.

The vision for the project started just days after Officer Oberheim was shot and killed while doing his job. The widow said the death of her husband created emotional awareness in a lot of people. It has lit a fire. People are hurt, they're angry, they're disappointed, they're tired of this non-sense that seems to be happening in our world and I think that if anything, they have decided it is time to be heard."

With the drive to change the narrative of police nationwide, Amber made it her mission to make sure the thousands of law enforcement officers who showed up to her husband’s funeral know that she and her family had their backs.

"We wanted them to leave with a renewed scene of energy and optimism and leaving feeling supported because our officers don't get that enough."

The goal of Peacemaker Project 703 is to keep Chris’ legacy alive through its core values of respect, integrity, family, and service. They were four things Amber said were important to her late husband.

"...I would ask that people start making the right choice."

Getting the mission of the project accomplished will not be easy and Amber knows that. It is why she wants all voices at the table as she moves through her grief, and that includes those who may not see police in the best of light.

"We may come from a different place, but if we all come to the same table with open minds, open hearts and then pray for God to work in the way he does, I think we can all learn from each other,” she said. "Think about what the world would be without police officers, I would think long and hard about that."

GALLERY: The life of Chris Oberheim