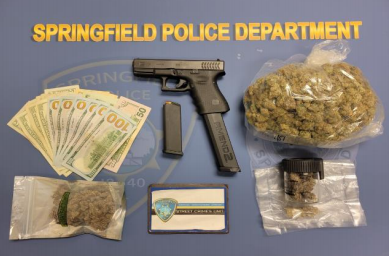 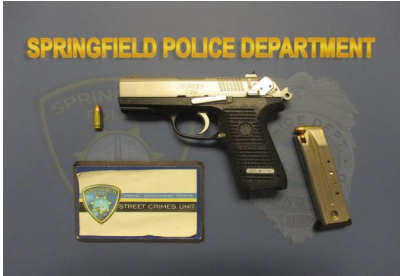 According to police, on July 17, at approximately 12:38 a.m., officers conducted a traffic stop in the area of 14th and South Grand Avenue after observing Ynohtan N. Hardy, 42, riding on top of a vehicle as it traveled on the roadway.

Police say they made contact with Hardy, who refused to follow verbal directions when asked to exit the vehicle.

After finally exiting the vehicle, police recovered a loaded Ruger P95 9mm pistol that was located on Hardy. He was then taken into custody without incident and is being charged with unlawful possession of a weapon by a convicted felon and possession of a firearm, no FOID.

He is currently in custody at the Sangamon County Jail on $50,000 bond.

Police also report that on July 18, at approximately 5:44 p.m., members of the Springfield Police Department Street Crimes Unit conducted a traffic stop in the 1500 block of East Carpenter Street.

Officers made contact with the driver, who was identified as Jelani J. Porter, 25, and could detect the odor of cannabis coming from the vehicle.

After searching the vehicle, officers located a Glock 19 9mm pistol with two loaded magazines, approximately 352 grams of cannabis, and $1067.00 in U.S. currency.

Porter was arrested without incident and transported to the Sangamon County Jail and arrested for armed violence, aggravated unlawful use of a weapon, delivery of cannabis, and possession of cannabis.

Anyone with information concerning this incident is asked to call the Springfield Police Department at 217.788.8311 and/or Sangamon/Menard County Crime Stoppers at 217.788.8427.