City officials said the emergency is related to the COVID-19, which is anticipated to cause an impact on the health of community members. Champaign Municipal Code allows the mayor to declare an emergency for a limited time.

Included in the executive order are ordinances that would give the city extraordinary powers to the Mayor.

"The executive order allows the city to be flexible to properly respond to the emergency needs of our community. None of the options will necessarily will be implemented but are available in order to protect the welfare and safety of our community if needed," Jeff Hamilton the City of Champaign's Communications Manger told WAND-TV.

Champaign leaders released a statement Friday evening in response to several false claims circulating online. They reiterated there is currently no firearm ban and no intent to seize property and close businesses.

In the statement, the city only lists 11 of the provisions they voted on. In the meeting Friday, WAND-TV was provided a full document, where Section 10 of the approved emergency order lists 30 provisional powers being provided to the mayor. WAND-TV asked the mayor about the provisions.

“So many of those powers, I have had from the beginning,” Mayor Deborah Feinen, said. “All we have done is enumerate them and now the public is aware of them. So, I am the liquor commissioner. I can shut down bars yesterday, I could have shut them down two years ago. Nothing has changed with respect to that, it is just that we have laid it out, so people are aware of that. In respect to the other items that are listed in the attachment, they have been listed in the city code for 15 years."

There are no confirmed COVID-19 cases in central Illinois as of Thursday evening.

Below is the full ordinance proposed. 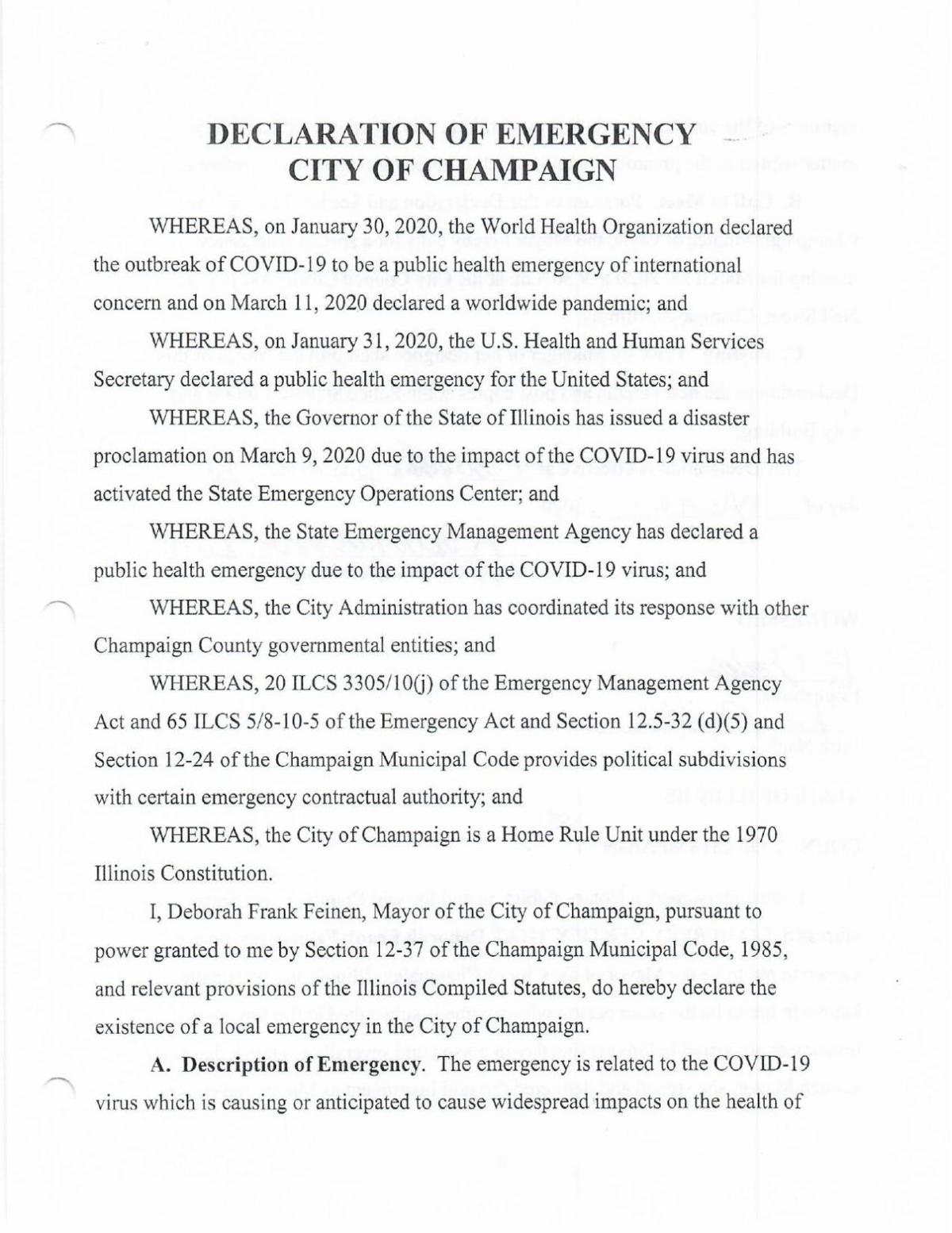