This time, Wingstop located at 1491 W. King Street was closed on Tuesday.

It's not clear why the health department closed the restaurant at this time. However, a note from Wingstop management next to the notice of closure said "Due to administrative compliance, we are closed until further notice. We will announce our re-opening soon. Be ready for all the flavor, cause this is definitely not a food issue."

The health department recently performed a routine complaint inspection at the restaurant on July 23. However, they did not find any of the complaint items during the inspection.

According to the report, the restaurant did not have a Certified Food Protection Manager (CFPM) on duty during the routine inspection. The department said this is a repeat offense and they had been warned during two previous inspections.

The previous report shows that if no CFPM was acquired before their next visit it would result in the closure of the facility until the requirement if fulfilled. That inspection report can be found below.

In another previous report from June 27, a customer called the health department to report raw chicken being served to them. Pictures were provided to the health department and an investigation was performed. A new batch of nuggets was cooked for the six minute cook time and the chicken was observed to be fully cooked. Management was asked to verify temps of the fryer daily to insure safety.

WAND-TV will update this story with the most recent inspection report once it is released. 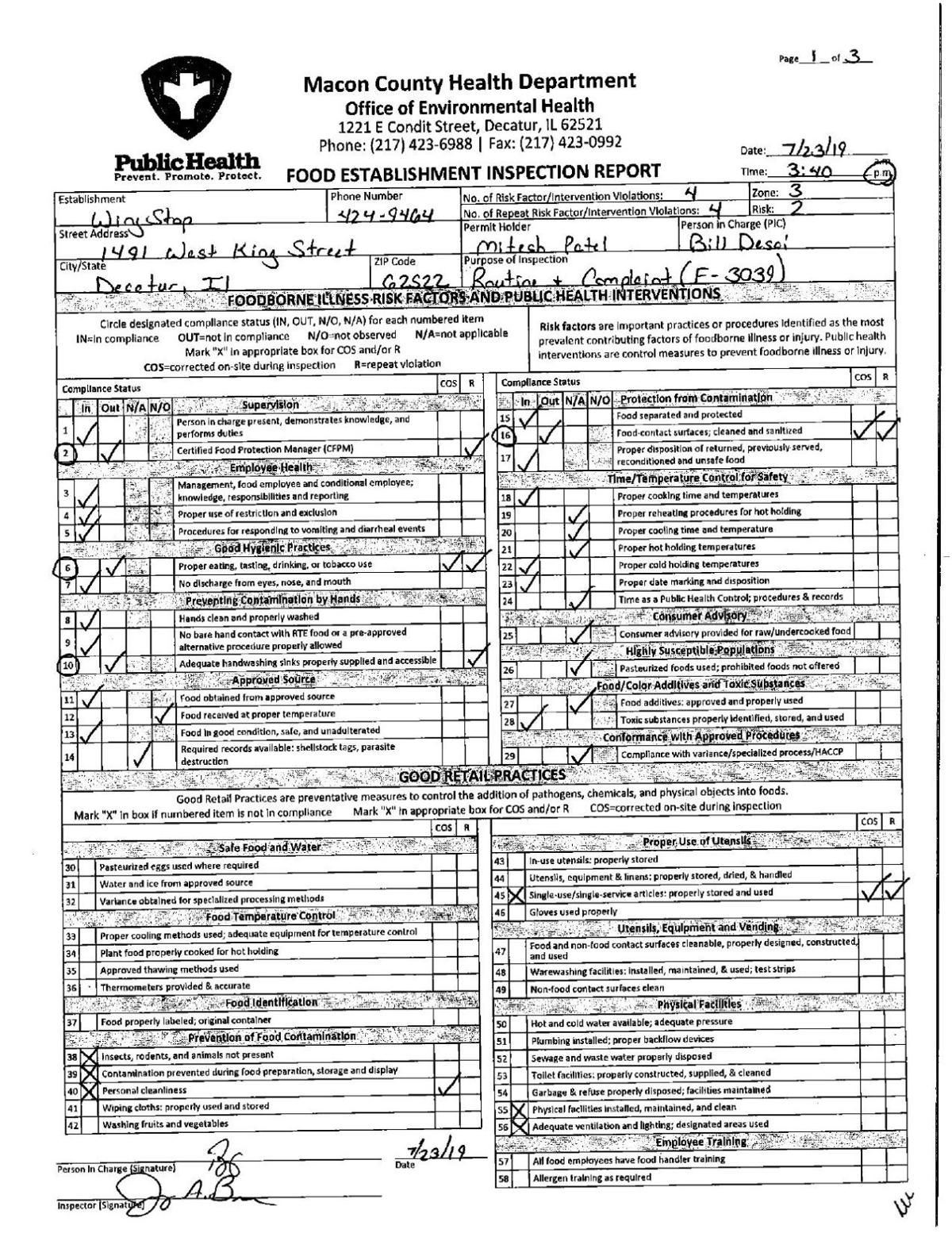 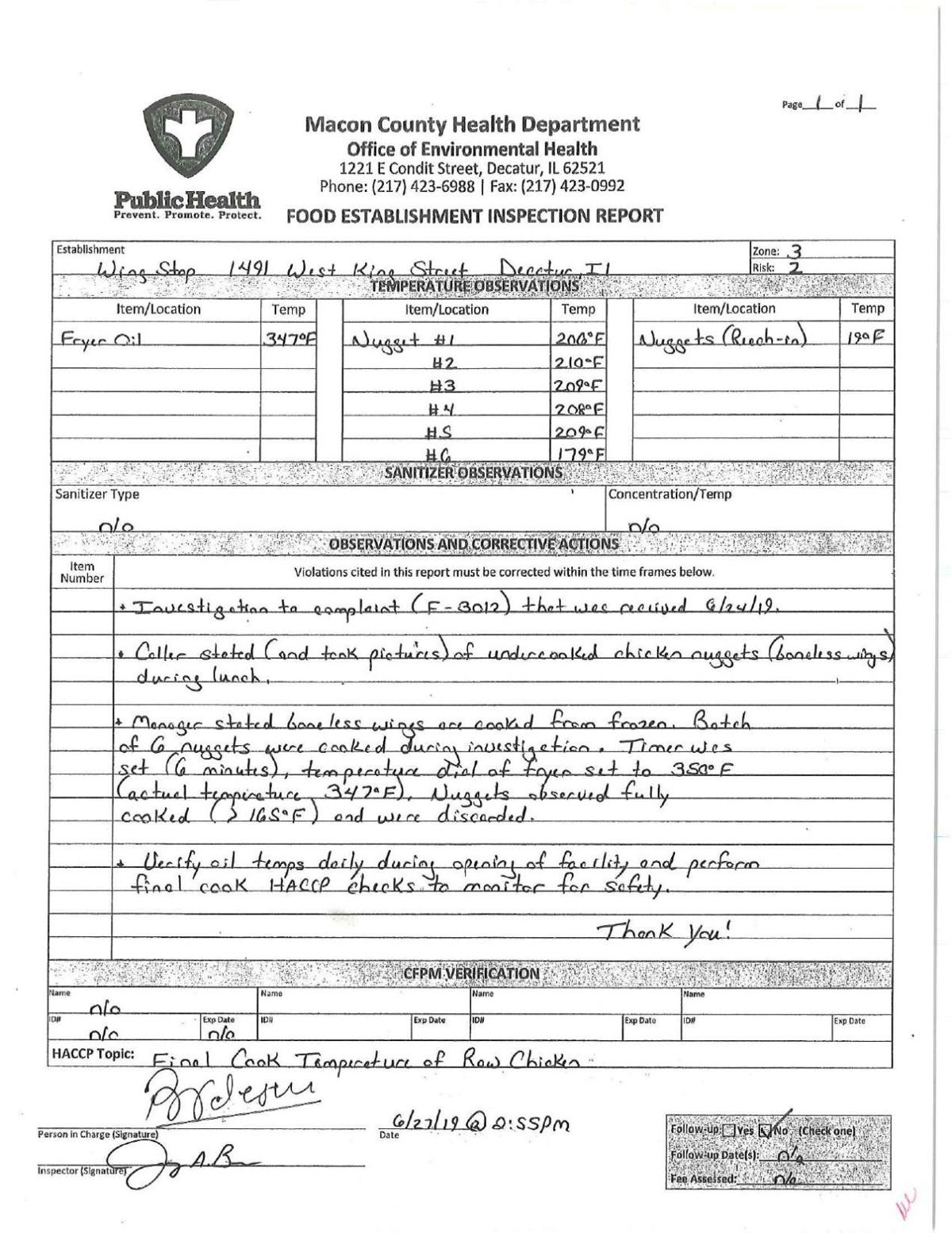