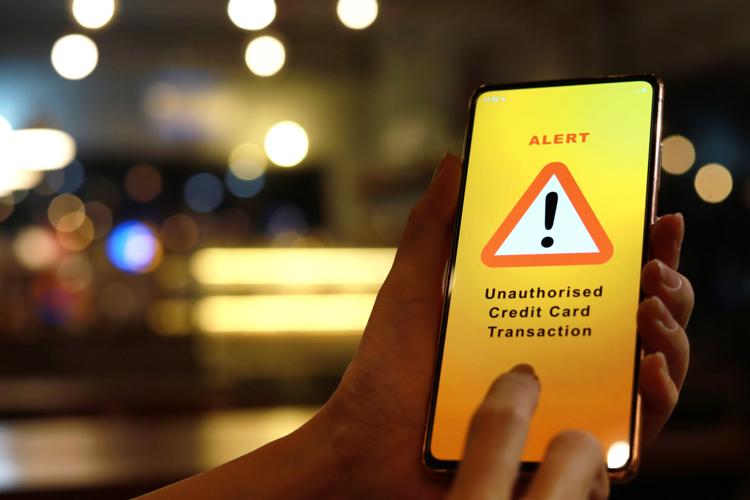 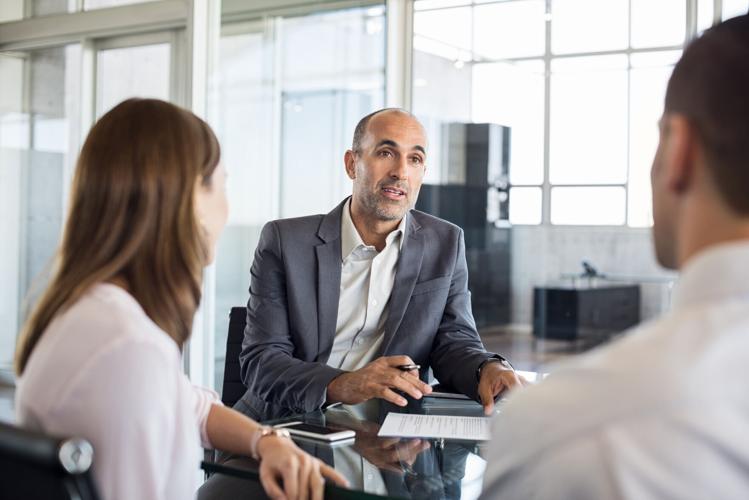 No one wants to ever have to deal with financial fraud. It can involve a debit card that’s being used for transactions the holder didn’t authorize, a scammer who convinces someone to hand over their financial information, or a website that looks legitimate but is truly just a mechanism for tricking people into giving up account numbers. Fraud can take on many forms—and in the banking world, it’s something responsible industry professionals are constantly on guard against.

“Fraud has unfortunately become an industry trend,” says Tiffany Taber, Chief Operations Officer at Prospect Bank, which has worked to safeguard the finances of customers in Central Illinois since its founding in 1873. “There are so many different ways that fraud can occur, and it’s become so prevalent that we feel it's necessary to educate our consumers as much as possible. Because they’re where it’s going to stop.”

Being able to recognize fraud, and stopping it before it starts, helps save customers the stress of knowing their financial information has been compromised—or worse, allowing the fraud to continue without them realizing it at all. The shock of seeing an unauthorized purchase on a statement, the frenzy of trying to shut down cards or freeze accounts, the anxiety over wondering who has your information and what they’re doing with it—all of that can be prevented by being able to recognize fraud in the first place.

Thankfully, the professionals at Prospect Bank receive ongoing fraud training within the financial industry, information they’re then able to relay to customers to help stop fraud in its tracks. “It’s key that customers understand their part in stopping fraud,” Taber says. “So that’s why we continually educate our customers.”

Attack of the spoofers

The tactic is called “spoofing,” but it’s hardly as lighthearted as it might sound. It involves a fraudulent website or form of digital communication that’s designed to look legitimate, with the goal of gaining the unwitting trust of the user and getting them to hand over financial information. It could be a website designed to look like a trusted shopping platform, an email that urges you to “click here” to resolve an issue with your cellphone carrier, computer malware security software, streaming service, or even text messages or social media communications that look like they’re from legitimate senders.

They’re not. In many cases, spoofers use the names of prominent, trusted companies to try to get users to engage with them without giving it a second thought. The results can be devastating and range from financial fraud to identity theft.

“When you put your information in, they have access to it, and they can sell it to other parties,” Taber said. “Fraud may not occur then and there—they may wait months to defraud you—but once they have the information, you have no idea what’s happening. And the next thing you know, you start to see unauthorized charges on your account.”

Social media scams in particular, Taber said, have increased in frequency, and they often start with accepting a friend request on a platform like Facebook with someone who’s really a scammer. “The user thinks they're friends, or they think they're getting into a relationship because they’re having conversations with these people,” Taber says. “The scammer gets to know them, and then uses that information against them. They may say, ‘Hey, I'm really short on money, can you send me some?’ And people will.”

Scammers often target people who are lonely, are older, or are not as well-versed in technology. That initial engagement is often all it takes for them to set the bait. “But if you don’t engage them,” Taber says, “they’ll just move on to the next person.”

When it comes to spotting a potential financial scam, there’s one golden rule: if it doesn’t seem right, then it probably isn’t.

Scammers can be very savvy, and their tactics can be sophisticated—that spoofed website or email indeed looks very close to the real thing, that fake social media account indeed looks legitimate. But there are always red flags. The fraudulent website or email may include misspellings, logos that don’t look quite right, or something else that seems amiss. And legitimate financial institutions like Prospect Bank never ask customers for passwords or PIN numbers, Taber says.

“Call us to make sure it's legitimate before you click on any links,” she adds. “Or you can always call your local branch because you're used to dealing with them. Reach out to them and say, ‘Hey, I got this—is it legitimate?’ And we're also here to help our customers if they did give out information. We encourage them to update their online banking passwords if they feel like somebody has had access to their computer or encourage them to go to a professional and get their computer scanned to make sure they get rid of any malware. We're just really here to take some of that stress from our customers.”

Fraud can happen to anyone; even younger customers raised with laptops and mobile phones, Taber adds, can be too trusting online or so comfortable with technology that it blinds them to the threats. The key is being proactive and recognizing those red flags. And if an unauthorized charge does show up on your account? Customers of a local financial institution like Prospect Bank know they can call, talk with a live person, and get help immediately.

“We may encourage them to put a freeze on their credit report if there's a fear that their identity has been stolen. We might reissue a new debit card, we may have them change their online banking credentials,” Taber says. “Depending on what the situation is, we'll react accordingly and help them the best way we know how. From a community bank perspective, we're here, and we're available. And we'll listen to them and give them options.”

Interested in learning more about how Prospect Bank can help prevent you from becoming a victim of financial fraud? Visit one of its ten locations across Central Illinois and Indiana, including Terre Haute, call (877) 465-4154, or visit BankProspect.com for further information.